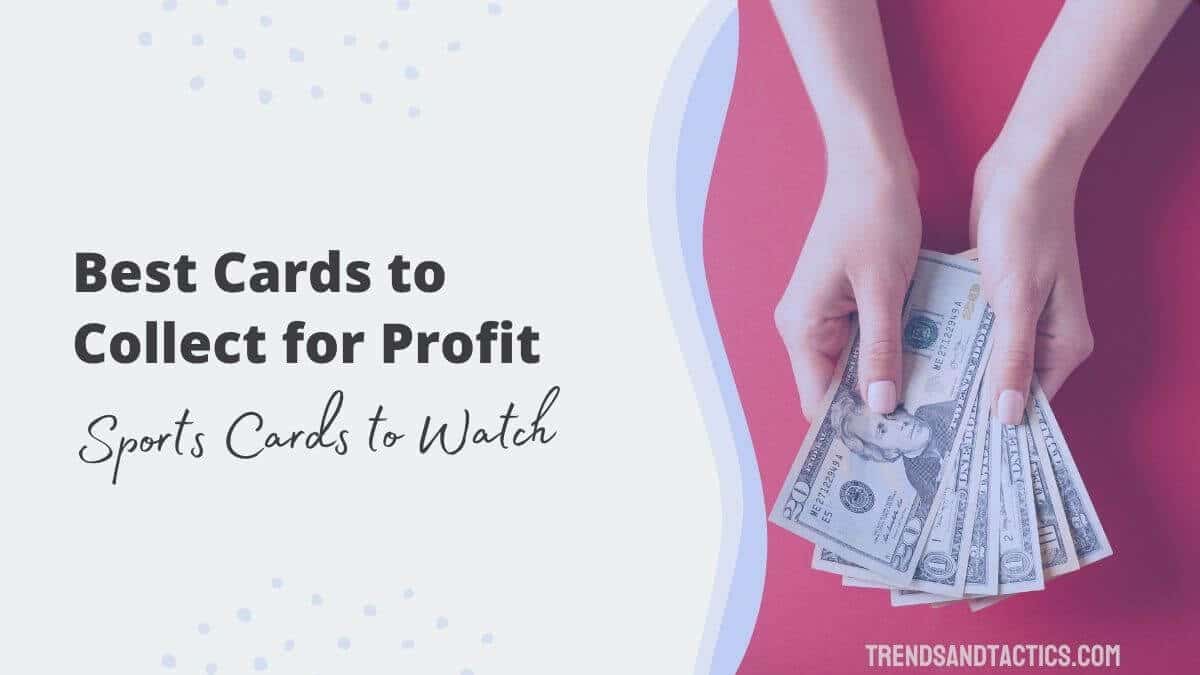 Sports cards are a national pastime as much as sports themselves. In recent years cards exploded in popularity, and now everyone wants to know the best cards to collect for profit.

Are sports cards a good investment? As mentioned, sports cards collecting has gone more mainstream than it ever has before.

Some experts predict the total market value for sports cards could reach $98.75 billion by 2027, which wouldn’t be far from the value of the global video games market!

Ultimately, finding great cards takes time, but if you find the right cards, it can pay off big time.

Rookie cards are almost always the best cards to collect, because they are the first cards printed for particular players, who might go on to become legends.

If we zoom out, there’s also been a steady rise of selling Pokemon cards and Magic the Gathering as well.

Many collectors still buy rookie cards of established players. Although there’s still money to be made, the overall card value might not increase as dramatically since the player is already established. If you’re just starting to invest in basketball cards, a popular strategy involves finding a player’s rookie card that’s trading for a high value, and then purchase their lower-value rookie card, instead.

Younger players often have one rookie card explode in value. Eventually, that card becomes too expensive for the general public, leading fans to search for more affordable rookie cards of that player.

But if you already own those other rookie cards before the price increases, you can potentially make great money. Make sure you familiarize yourself with the top marketplaces to sell stuff, so you maximize your payout.

Many collectors also focus on shooters when searching for players to invest in. These athletes are often the safest investment, since they turn into famous players most often.

Some investors, like Gary Vaynerchuk, post to their millions of followers what they’re doing in the market. Therefore, staying plugged into social media can be a great way to discover new card trends. If you thought the demand for baseball cards was fading, think again.

Not only are baseball cards searched more frequently online than basketball and football cards, but they are actually more popular than they’ve been since 2007 (according to Google Search Data)! It’s recommended to focus a good amount of energy (and budget) into the sport of baseball, while collecting. Doing so will make it easier to spot up and coming players, and overall trends in the sport.

When collecting baseball cards, check out the Beckett Marketplace, as it’s a fantastic source for deals. Quarterbacks naturally get a lot of attention in the world of football, and for good reason. In recent years, a wave of young quarterbacks have burst onto the scene, and quickly made a name for themselves.

When it comes to football cards, a popular strategy involves acquiring cards during the offseason. The football offseason is longer than the actual season (7 months compared to 5). This means some people lose interest in football during the spring and summer, driving the price of cards down.

For many collectors the offseason is prime buying time, so they can be sold at peak value during the football season.

Lastly, take advantage of opportunities to reduce seller fees on eBay or whatever platform you use, to increase your profit margins.

If rookie cards are too expensive, you can turn to second-year cards. This market has seen a resurgence recently, with cards for players like Patrick Mahomes selling for several hundred dollars.