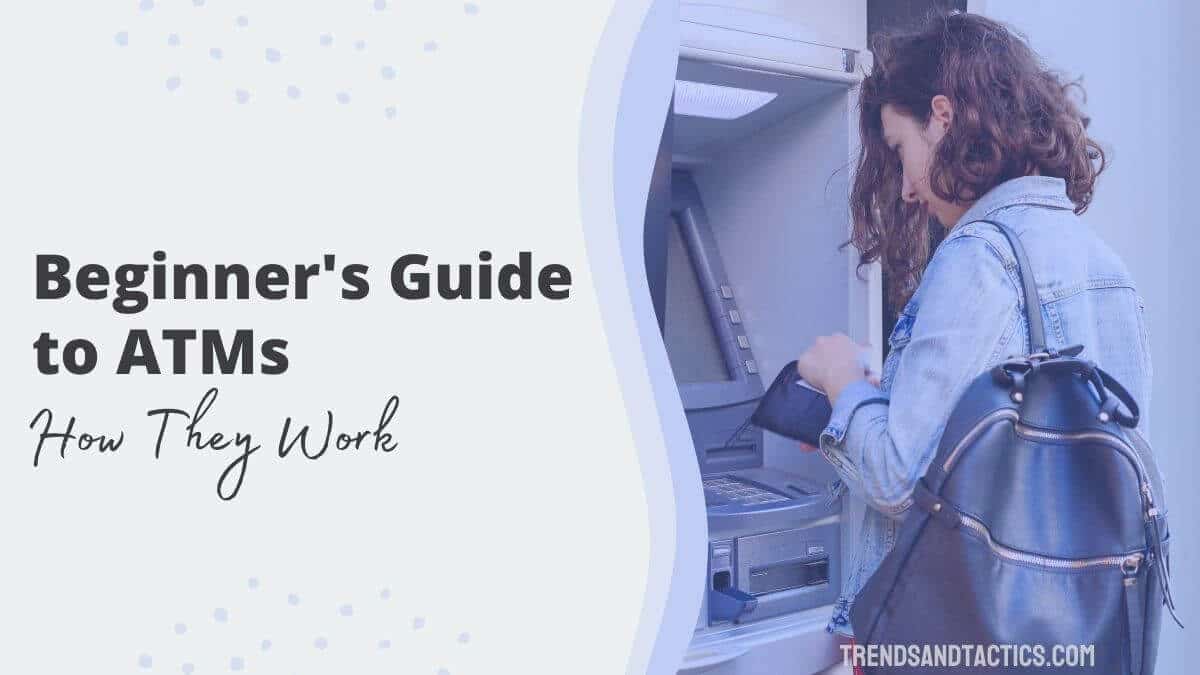 One unique idea for making money is to invest in ATM machines. But, how much money is in an ATM?

That’s a question that would be natural for any person who is considering this different style of business to ask.

How much is an ATM is also a pertinent question that would help these people understand the necessary investment for starting this business, and for calculating the potential return on that investment.

Let’s take a closer look at these questions, as well as how much money do ATMs hold.

How much money is in an ATM? Every time a person walks up to an ATM and requests money, they expect it to be given to them exactly how they ask for it.

With hundreds of people doing this every day, ATMs have to have at least a decent amount of actual money in them so they can fulfill the requests of all their customers.

With so much money literally involved in an ATM, it would be natural to think that ATMs are a literal cash cow. But, how much money is in an ATM?

In most cases, the average ATM can hold roughly 1,000 bills. That doesn’t mean you actually need to put that many bills in the ATM, though.

In fact, because the average ATM withdrawal is $60, you may not need more than about $1,000 loaded into the ATM at any one time.

If someone finds themselves in a situation where they need emergency cash immediately, they may take out a larger amount by getting a cash advance from their credit card.

That being said, there are some factors that would push this number higher. If you aren’t able to visit the site where the ATM is located often, you might want to load more money into it so that it doesn’t run out.

An ATM is an investment, but can also be considered a high paying second job when maintained regularly. For example it could be a great way to make extra money while in law school, being a stay-at-home mom, or to supplement any other income.

If your ATM is in a high-traffic location or at a location where people take out a lot of money, you’ll also want to have more money in it.

For example, you might want your ATM to have more than $1,000 in it for Thursday through Saturday nights at a bar or restaurant.

You might also want more than $1,000 in it if the ATM is located in a casino or gambling hall.

The average ATM conducts quite a lot of transactions. The average ATM in a 24-hour convenience store is responsible for roughly 3,000 transactions every month. If you’re going to run an ATM, understand how often it’s used so you can know how often you’ll need to refill it.

How much is an ATM?

If you’re looking to make money in this business, one of the biggest questions you’ll need to have answered is how much is an ATM.

Understanding your up-front costs, as well as any ongoing costs, will help you determine whether it can be a profitable business for you or not.

New ATMs can cost as much as $8,000 to purchase. You can certainly purchase a used one, which might go for as little as $2,000. If this is still out of your budget, check out these businesses you can start today with no money.

However, there is a big potential downside to purchasing a used ATM machine. These machines typically look older and more beat up, since they’re used.

This could actually deter people from using the machine, simply because it’s either too slow or they don’t trust that it’s secure enough to enter their information in.

Because of this, it might actually make more sense to spend more money on the purchase of the machine, since it’ll likely result in more customers and more transactions.

You can also decide to lease an ATM instead of purchasing one outright. This might be a great way to reduce your out-of-pocket costs.

The trade-off, though, is that you’ll receive higher commissions for every transaction if you own the machine outright.

Ongoing costs will be associated with any maintenance that the machine itself requires, as well as fronting the cash that gets loaded into the machine.

If you don’t own the location where you’re placing the ATM, you also may have to pay a monthly fee for putting your machine there.

Another aspect to think about as you’re starting your ATM business is what type of machine you’ll get. You can have a freestanding ATM on the street or in a business, or a built-in ATM in the wall of a business or bank. The type of machine you choose will most likely be dictated by the location, but think about the positives and negatives of each before making your decision.

How do ATMs make money? One of the most important aspects of running an ATM business is understanding how the machines make money.

It may not be as exciting as making money as a wildlife photographer, but it is interesting to learn how to make money from this niche market.

There is a very simple explanation to this, but how much money actually goes into your pocket can be a little more complicated.

ATMs make money through the transaction fees that are charged to people who use them.

When people make a withdrawal at an ATM, they are typically charged a fee of anywhere between $1 to $8 on top of the amount that they are taking out.

That fee is either taken up front when the transaction is processed, or it is deducted from the account they are withdrawing from at a later date.

These fees are considered the revenue for the ATM machine itself. However, that fee is then split a few different ways.

First, the bank or financial institution where the customer is withdrawing the money from will take a cut of that transaction fee.

The owner of the place where the ATM machine is located will also usually take a cut of this fee.

If you are the owner of the business and the ATM machine, this will increase your profits.

Whatever is left over after those two entities take their cut is considered the profit for the owner of the ATM machine.

While there are a lot of “no-fee ATMs,” many people expect to pay a fee for transactions. In fact, the average ATM fee is $4.72 in the United States, and that’s only expected to increase. This could mean now is a great time to get into the business.

In most cases, the average amount an ATM owner will make is 50 cents on every transaction.

If the machine conducts 1,000 transactions every month, then, that would equate to $500 in profit per month, which is a pretty good take.

How much you make on an ATM machine will depend on your negotiation skills.

In other words, your “cut” of the transaction fees is completely dependent on how much you negotiate into the contract with the financial institutions and the location where the ATM will be placed.

You could, essentially, get a much higher per-transaction fee if you’re able to negotiate well.

One other thing to keep in mind is that some ATM machines have no transaction fees.

Many businesses will use “free ATMs” as a way to draw customers into their place of business.

Don’t worry if you are putting your ATM machine in a location such as this, though.

You will still be paid for every transaction — it just will likely come from the business, who will cover the cost of your fee, rather than directly from a transaction fee.

How to save money on ATM fees? As you can see, you can increase your revenue from ATMs by saving money on the ATM fees that you have to pay to other entities, such as financial institutions and businesses where the machine will be located.

Here are three tips on how you can save money on ATM fees and, as a result, increase your revenue.

The simplest way to save money on ATM fees is to negotiate a better rate for yourself.

This will take some sales skills, as you’ll have to convince business owners and/or financial institutions that it’s in their interest to give you a bigger percentage of the ATM fees for every transaction.

A great way to do this is to make sure you have the latest and greatest machines.

Businesses don’t want to see an old, beat-up machine located in their store, as it sets the wrong vibe to their customers.

Sleek-looking machines not only attract people to the store, but also engender confidence in the customer, business and financial institutions that the machines have great security tools in place.

When you’re looking to locate your ATMs, you’ll need to sell the benefits that it can bring to the business.

One way you can do this is to provide data on how often ATMs are used, on average, every month.

Then, show how this data is likely to result in new customers for the business.

Then, use the business’ own data to back up your point. A convenience store, for example, will likely know how much the average purchase at their store is.

If it’s $5, for instance, then you can tell them each ATM transaction is likely to result in that much more revenue for them.

This is a great selling point to the business, as the ATM can actually serve as a marketing tool they can use to get new people through their doors.

This is why you will almost always see ATMs located in or near banks, casinos, bars and restaurants.

These are the type of locations where you want your ATMs located.

If you are able to get into these locations, you’re likely to be able to reduce your ATM fees so that you can make more money in your business.

Making money on ATM machines may seem like hard work, but it’s a great way to make a passive stream of income.

While one machine may not be enough to sustain your life, it can be a great way to start out making some money on the side, as you look to build an ATM machine empire.