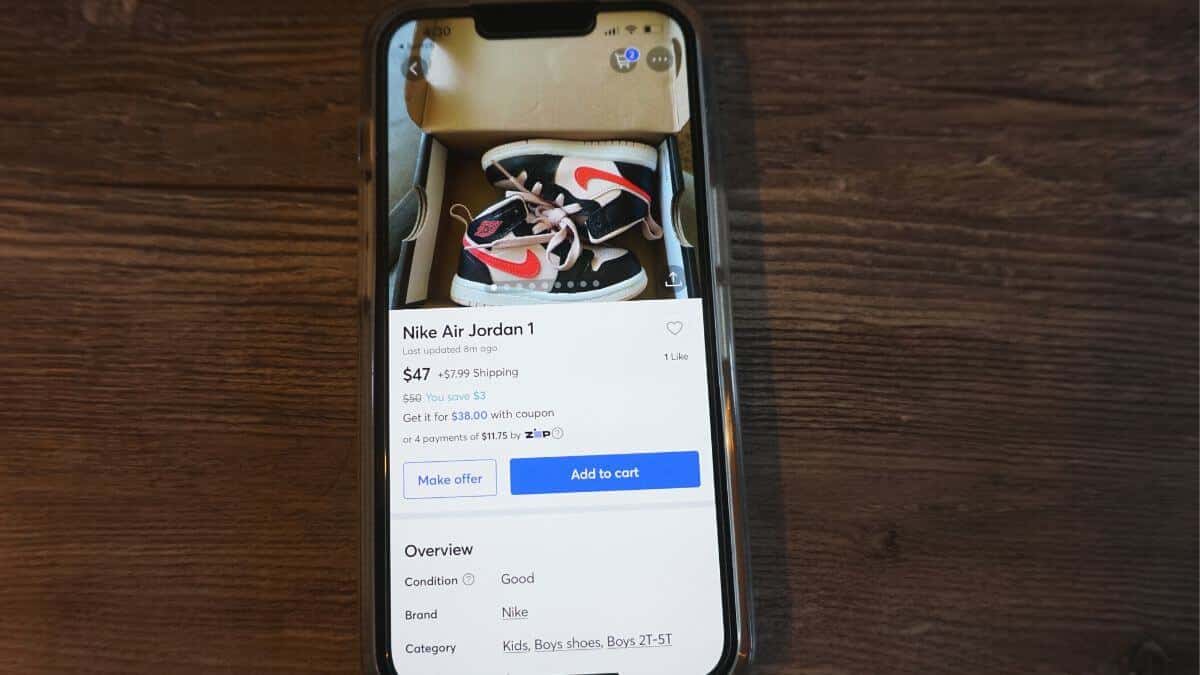 When I first used Mercari about 2 years ago, I was surprised by the experience.

This app quickly made a name for itself among other major marketplaces.

Because Mercari is committed to creating the easiest to use online marketplace out there, and who doesn’t want that.

Here’s my Mercari review after using the app for 18 months, and selling lots of items on the platform.

Mercari is a simple to use online marketplace for buying and selling household items either locally or across the country.

You might be thinking to yourself, what makes this platform different from Craigslist, eBay, OfferUp or Facebook Marketplace?

Here are the biggest factors that separate it from other selling platforms.

I’ve used just about all of the major selling platforms at this point, and there’s no question selling on Mercari is the easiest to use.

When listing items, you only add the necessary details and a few pictures to post on the marketplace.

Even the settings menu feels more condensed and intuitive than other platforms – if you’ve used eBay, you know how confusing the settings can be.

On the buying side, the checkout process is convenient as well, and only takes a few clicks.

Beyond the marketplace itself, special features set the platform apart from competitors.

Since I’ve started using Mercari, they continuously improve the app and add new features, which speaks to their commitment to the product.

Here are some of the coolest features you’ll enjoy with the app: Automatically schedule an Uber driver to pick up and drop off local sales, so you can skip face to face meetups.

It’s one of my favorite tips for using Mercari.

Allows you to automatically lower pricing based on demand, but not below the minimum price you set.

Smart offers allow you to automatically accept offers within a range set during the listing process. Mercari partnered with a 3rd party authenticator service that confirms the authenticity of luxury goods like watches, handbags, and shoes on the platform.

This adds peace of mind and transparency for those transactions.

There are plenty of other exciting features on the platform, and I’m sure many more to come in the future.

According to the latest tally, there are roughly 20 million active users on Mercari.

While platforms like eBay and Poshmark might outpace Mercari on user count, Mercari’s audience is more active and engaged than some other platforms with larger user bases, in my experience. In terms of user behavior, people are generally more polite than Craigslist, but besides that it’s comparable to other online marketplaces.

Mercari charges sellers a fee of about 13% to sell on their platform.

This is pretty reasonable considering you have instant access to millions of shoppers along with other seller benefits.

When setting your listing price, you can also see how much your final payout will be, which is convenient.

As with most platforms, there are ways to reduce Mercari fees too.

Who Should Use Mercari

There are so many marketplaces today, it can be difficult to know who should use Mercari.

I’d say Mercari is worth it for anyone looking to buy or sell online.

Beyond that, here are a few situations in which I’d start with Mercari before other online marketplaces:

Overall, I’m very impressed with this selling platform after using it for almost two years.

It has a better user experience than most online marketplaces today, due to its streamlined selling process, continuously improving suite of features, and growing user base.

The biggest drawback is the smaller user base compared to other platforms.

While I get a decent number of sales on Mercari, it doesn’t come close to the sales potential from eBay or Amazon, that have hundreds of millions of users.

So if you plan to be a power seller, I recommend focusing your energy on those platforms initially.