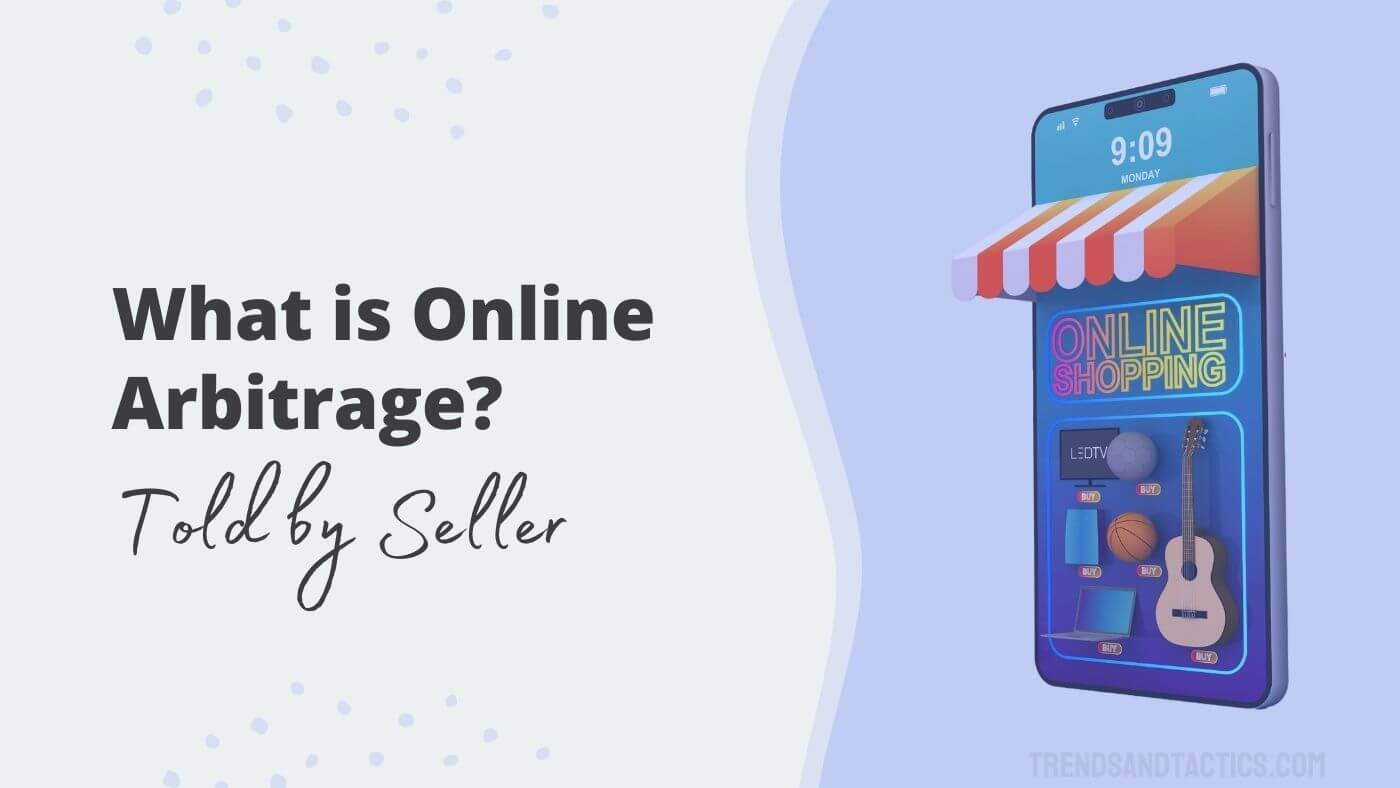 At least it did for me, when I made money with online arbitrage for the first time.

Today, I’m going to cover what is online arbitrage, and the leading sourcing methods, based on my personal experience from buying and selling things online for years.

What is Online Arbitrage?

Online arbitrage is a business model in which you purchase items online from stores and marketplaces that can be sold for a profit (usually on eBay or Amazon). Therefore it’s a method of making money with reselling.

Arbitrage is an economics principle in which an item’s price difference between markets can be leveraged for profit.

For example, a while back I purchased the Post Malone Crocs for $60 when they were released on Crocs.com.

A few days later, they were selling for $120-$160 on eBay, because demand was far exceeding supply. I flipped the crocs several weeks later for $145.

How to get started with Online Arbitrage?

Getting started with online arbitrage is pretty simple.

The process can be broken down into two overarching steps: (1) find a profitable deal and (2) sell it through your preferred method.

These two steps have a few mini steps within them, but we’ll keep it high level at this point so we can better cover the main concepts (however, we will cover a real life example with Supreme shortly).

As with most investments, finding the deal is usually one of the most challenging parts, because of competition and people’s unwillingness to share amazing opportunities with others (most of the time).

That said, there are a few methods to consistently find deals, and some people who will share online arbitrage opportunities with others (usually for a monthly fee in reseller groups).

One of my favorite ways to find deals online is with BrickSeek, a fantastic deal site aggregator. You can set up deal alerts and uncover incredible deals online and offline from big box stores like Walmart, Home Depot, Dollar General, and Target.

Additionally, there are many things to buy and resell that are historically great sellers, so it’s worth keeping an eye out for those too.

Once you find a product that looks like a potential deal, you’ll need to verify whether it’s worth purchasing or not.

You can do this by checking what it’s being sold for on marketplaces like eBay, Amazon, Mercari, and StockX.

If you find there’s a decent price gap between the purchase price and selling price on marketplaces (my goal is 40%+ profit), then you found a potential deal. The other factors to consider are ‘selling velocity’ and shipping costs.

Selling velocity means how quickly an item is selling.

It’s important to consider because although an item might have a great profit margin, if only a few are bought online a month, then you’ll likely have your investment tied up for a while (which some people are okay with).

Any shipping cost you’d have to pay should also be considered, as it will cut into your profit margin.

After purchasing the item, you’re ready to sell it. In some cases you don’t even have to wait until the item is in hand before getting it sold.

For example, some people who sell shoes on eBay win shoe raffles and immediately list them online by showing just a screenshot of the order confirmation screen.

When you’re ready to sell, these are the most popular methods:

My preferred selling method with online arbitrage is flipping on eBay, because you can sell a wider assortment of items, and it’s the second largest online marketplace (only preceded by Amazon).

Online arbitrage sourcing can be thrilling when you find a profitable item. Check out the top sourcing methods below to consistently score amazing items.

More and more companies are rolling out new items via ‘drops’, which basically means scheduled or unscheduled product releases.

Reselling Supreme is exclusively done through item drops, and is one of the more popular online arbitrage sourcing methods.

Due to the significant earning potential of certain drops, bots have become fairly common, although more and more companies are implementing anti-bot strategies.

BrickSeek is by far the most popular deal website when finding deals for online arbitrage.

To find deals, you can search by the following methods:

I recommend exploring each deal type, to find out which one works best for you.

Reseller groups have become a major way people source deals in recent years. As you can imagine, reseller groups involve hundreds to thousands of people joining forces to share deals amongst each other. Usually each person in these groups is required to contribute by sharing a deal lead they found on a monthly basis, in addition to paying a monthly fee typically ranging from $30-$80/mo.

While this fee might sound steep, it only takes 1-2 flips based on leads acquired from the group to recoup the investment.

The easiest way to find these groups is by searching “reselling group” on Instagram and Discord.

Surprisingly, many people buy items through online marketplaces and then turn around and resell them for a profit.

How is this possible?

It can be done by purchasing items in bulk then selling them individually, items are sometimes mislabeled resulting in sales below market value, and sellers sometimes want a fast sale and are willing to sell the item for less than it’s worth to expedite the sale.

Some people also get free stuff from Amazon for reviews and then turn around and sell it.

If online arbitrage is buying things online and reselling them for a profit, what is retail arbitrage?

It’s the same concept, except you are buying items from retail stores instead. That said, after trying out both processes, I noticed a few differences.

It’s tough to say whether OA is more profitable than RA, because with RA you are competing on a local level, but OA allows you to source deals from around the world from your laptop.

If however you live in a very small town, with few retail stores around, then OA will likely be more profitable.

If you live in a larger city with tons of retail stores around, it’s more of a toss up, and probably best to do some of both.

In my experience, online arbitrage was easier because you can leverage website alerts more easily and avoid driving time.

That being said, when something is easier, it usually means there will be more competition, so there’s that side of the coin as well.

Lots of people make retail arbitrage work though, and are very successful. I think the method you enjoy more will feel like the “easier” one.

So, what is online arbitrage?

Hopefully the answer is more clear now. If you have any further questions about online arbitrage, don’t hesitate to reach out!