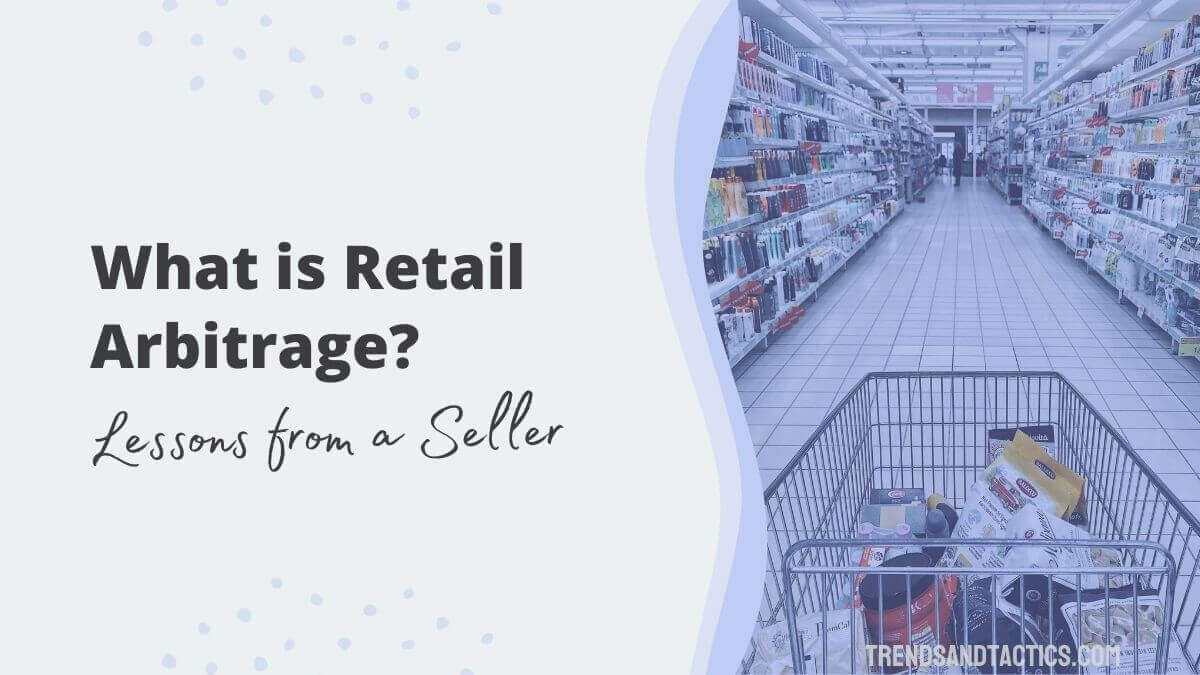 What if you could get paid to shop?

Although it may sound like a dream, it’s actually possible with retail arbitrage, which involves buying items from brick-and-mortar retail stores that can be sold for more money elsewhere (usually online through platforms like eBay and Amazon).

What is retail arbitrage?

Retail arbitrage is a way to earn money from buying items in retail stores (such as Marshalls, Ross, Walmart, etc) that can be sold for a profit through another marketplace (usually on eBay or Amazon).

Arbitrage is an economics principle that applies to many types of assets when there’s a price gap in markets for the item being sold.

As an example, I recently went sourcing at my local Ross and found a pair of Nike cleats for $15. I checked their selling price on marketplaces to sell stuff and saw they were selling for $70-$90. I flipped the shoes several weeks later for $89. How much can you make with retail arbitrage?

How much you can make with retail arbitrage depends on your starting capital, marketplace knowledge, and number of hours worked. Therefore, the amount of money you can make varies, but a general estimate would be $500 to $10,000 per month for most sellers.

There are sellers who have been able to far exceed that after learning the basics, and growing their investment capital.

Is retail arbitrage worth it?

Based on my experience, retail arbitrage is worth it due to the potential earnings possible with minimal startup capital and education required. That said, retail arbitrage still takes work and can be pretty competitive due to the relatively low barriers to entry for others to get started too.

Fortunately it’s a business idea you can start today with very little risk compared to most other startups out there.

As someone who did retail arbitrage for a while, you’ll need to be okay with having a low hit rate, especially in the beginning.

In other words, I’ve gone to 4 or 5 stores in a row and found nothing worth flipping.

It takes time to develop your eye for profitable items to flip, not to mention it’s a pretty popular side hustle these days and a good second job for others.

In my opinion, retail arbitrage is ethical in most situations, however, if someone is price gouging or scalping it may be considered unethical, and can even have legal consequences.

There are a lot of factors that come into play for this determination, including: the item being sold, if there’s a state of emergency, the selling price, and the volume.

Let’s say you bought 8 hats from Ross when they went on sale, knowing those hats were selling for a much higher market price online. In this situation, you discovered a gap in the market, invested your money, and will potentially make a profit.

I think most would agree this is an ethical example of RA, because It’s not an essential item and isn’t an attempt at monopolizing the market.

A city has declared a state of emergency during widespread power outages, and someone goes around buying hundreds of generators and trying to sell them for significantly higher prices due to heightened demand.

Although there is a pricing/demand gap similar to the hat example, this item provides safety for people during the emergency and therefore cannot be resold in the same way. In fact, this would be considered price gouging.

Retail arbitrage is legal in most situations, but there are scenarios that may be considered price gouging or scalping, which could have legal consequences.

Therefore, check your state laws to verify what you can and cannot do when it comes to retail arbitrage. For example, some states have laws in place to regulate ticket scalping, while other states do not.

What is price gouging?

According to the National Conference of State Legislatures:

“Price gouging refers to when retailers and others take advantage of spikes in demand by charging exorbitant prices for necessities, often after a natural disaster or other state of emergency.”

What is price scalping?

Price scalping is a similar concept to price gouging, however, it’s not necessarily linked to emergencies or disasters. Price scalping historically refers to reselling tickets with exorbitant markup.

Today, many states have restrictions in place for ticket reselling, but now consumers are complaining other items are being scalped such as Pokemon cards and PS5s.